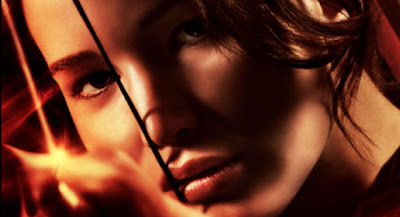 Every literary adaptation disappoints the audience who made the novel a success. This is a fact. Trainspotting fans were not happy that Tommy was practically written out of Danny Boyle’s film, legions of Middle Earthers were disgusted with Peter Jackson’s entirely justifiable decision to cull Tom Bombadil from his epic Lord of the Rings movies and Stephen King himself was furious at Stanley Kubrick’s interpretation of The Shining. So having not read the novel it was with some relief – and no preconceptions – that I went to see The Hunger Games.

Suzanne Collins’ source material is, apparently, massive with teenagers – despite its adult themes. Set in a dystopian near future, society is divided into twelve districts controlled by the repressive inhabitants of the capital city. Each year, the downtrodden districts are forced to offer up two youngsters as sacrificial lambs for The Hunger Games – a violent reality TV gameshow which pits the twenty-four contestants against each other in a battle to the death. The film’s heroine, Catniss Everdeen (Jennifer Lawrence) actually volunteers to participate in order to prevent her younger sister being forcibly recruited – but will she survive?

It is, of course, a highly derivative storyline. Watching the film it’s impossible not to recall numerous movies which have followed this blueprint: The Running Man, The Truman Show and, most pertinently, Battle Royale. Whether it’s as good as any of these movies is open to debate.

The flaws are legion. Firstly, the preamble is overcooked and overly long. It’s the least interesting part of the story and could have been judiciously edited with minimal effect on the narrative. Secondly, there is little sense that the Games are being watched by anyone. There is little evidence of an audience at all - the fact that Toby Jones’ camp gameshow host has only one line of dialogue hints at some swingeing cuts in this section of the film. And thanks largely to the producers’ insistence that the film obtain a 12A certificate, there is little blood or visceral violence to speak of. Action sequences are frequently shot in such a head spinning fashion as to utterly disorientate the audience and disguise what’s occurred on screen. As a result, there is little sense of genuine peril – a major deal-breaker in a film desperate to position its audience on the edge of their seats.

That said, it’s a compelling story driven by an excellent performance from the brilliant Lawrence. She’s tough but attractive, convincingly hard bitten but believably vulnerable. She’s ably supported by a surprisingly charismatic Lenny Kravitz and a typically grizzled performance from Woody Harrelson as her mentors.

The Hunger Games is enjoyably intense but lacks the sense of satire which would have really marked it out as a special film. Catering for such a young audience has polished its satirical edge to the point of bluntness. Perhaps a director’s cut will emerge which fully satisfies, but for now, The Hunger Games is an entertaining popcorn flick in need of a little more bite.
Posted by The Author at 10:35