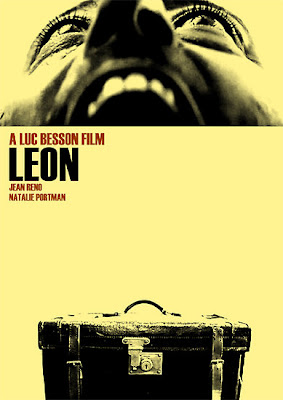 Nowadays, Luc Besson is not famed for his subtlety or originality. His involvement in overblown action franchises like The Transporter and Taken suggest a filmmaker keen to make money – not one who is overly concerned with his artistic integrity or legacy. But this was not always the case.

1994’s Leon is still the high watermark of Besson’s career. Although the plot is thoroughly outrageous and the characters often little more than caricatures, Leon has real heart and emotional depth – thanks largely to a hugely effective screen partnership between adolescent Natalie Portman and grizzled French character actor Jean Reno.

Reno is the titular hero: a milk-drinking, plant-watering hitman who sleeps bolt upright in his chair. He’s a low-key killing machine keeping a low profile in his faceless New York apartment block. The only time he leaves the building, it seems, is to stock up on dairy products or to efficiently dispatch large groups of bad guys: the action set pieces are magnificent.

An early demonstration of Leon’s skills occurs as he takes down a drug-dealing gang in a hotel complex. It’s brilliantly shot (one balcony related death is particularly handsome) and very creative: Leon doesn’t barge in with all guns blazing, but neither doe he kill by stealth. Instead, he creates fear and panic, striking intelligently and with deadly intent – before literally disappearing back into the shadows.

Across the corridor from Leon’s spartan apartment lives 12 year old Mathilda (Portman), orphaned suddenly when corrupt DEA agent Stansfield’s crew shoot up her home and massacre her drug-dealing dad and the rest of her family. Leon reluctantly takes her in, only to fall under her spell in an entirely unlikely and utterly beguiling relationship.

Gradually Mathilda insinuates her way into Leon’s life, teaching him to read and gradually melting his heart. In return, he teaches her the tricks of the hitman’s trade – euphemistically referred to as ‘cleaning’ – and she plots revenge on Stansfield.

Gary Oldman is in outrageous form as the pill-popping, Beethoven loving cop. It’s a performance of amazing intensity, jittery physical tics and histrionic hissy fits – he’s clearly having an absolute ball. The other performances are more restrained: Portman belies her age as the wide-eyed but steely Mathilda; Reno visibly warms to his young charge and proves that he can carry a narrative – it’s a shame he never became much more than a character actor in Hollywood.

The end is inevitable for its violence and emotion and is deeply affecting. Somehow Besson has transformed one of his typically over-the-top productions by imbuing it with unlikely warmth, heart and compassion thanks to an entirely unlikely narrative thread: an unconventional but completely convincing love story.