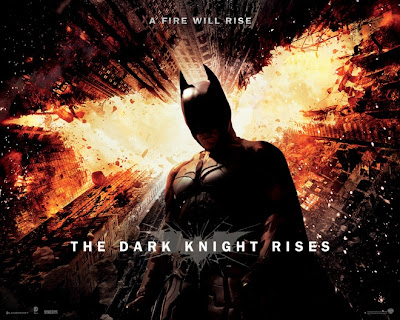 Ever since Tim Burton’s Batman, the world has waited for the truly definitive Dark Knight film. We’ve been treated to an assortment of Caped Crusaders, some truly memorable villains – and Arnold Schwarzenegger as Mr Freeze. Now, in the final instalment of his current incarnation, we have finally seen the real Batman.

Taking the best elements of the first two of his trilogy, Christopher Nolan has thrown in the best of Inception, ratcheted the whole lot up to eleven and created the greatest superhero movie of all time – a genre defining, game changing which realises every one of its director’s ambitious artistic visions.

Beginning eight years after the death of Harvey Dent and Batman’s self-sacrifice, the story resumes with Bruce Wayne (Christian Bale) a broken man – in body and spirit. Barely able to walk, holed up in his house like a latter day Howard Hughes, Wayne has retreated from public life as Gotham enjoys an unparalleled period of peace under the watchful of Commissioner James Gordon (Gary Oldman) Inevitably, however, a series of events conspire to tempt the Dark Knight to emerge from the shadows in a battle to save the city from complete destruction at the hands of his fiercest nemesis yet: the brutal Bane (a masked Tom Hardy).

To say much more would be to spoil the plot of one of history’s most eagerly anticipated films. Certainly my own enjoyment was tempered somewhat by a spoiler heavy review in The Guardian which led me to a media blackout prior to seeing the movie. I’ll not fall into that trap here.

What i can say is that Nolan has created a truly original superhero story with genuine gravitas and emotional heft. From the very outset the film tugs at the heartstrings as Wayne toys with the idea of donning the body armour again, only for loyal butler Alfred (a scene stealing show from Sir Michael Caine) to plead with him not to. It’s an emotional moment born of Nolan’s fastidious creation of a full and engaging back-story for his central protagonist – this is not a money spinning threequel but the conclusive part of what was always meant to be a trilogy.

The supporting cast are uniformly excellent. Anne Hathaway is magnificent as the sleekly sexy Selina Kyle, a cat burglar par excellence, who always seems likely to figure significantly in the plot. Joseph Gordon Levitt adds steely determination as idealist cop Blake and Marion Cotillard lends a frisson of sexual tension to every scene she appears in.

Critics have been quick to slam Tom Hardy’s Bane, but that’s merely because he is not Heath Ledger. Nobody is and comparisons are unfair. Instead, he offers something the Joker did not: muscularity. He’s an immoveable force and Hardy bulked up hugely for the role. His sheer physicality poses Batman a problem he’s not yet dealt with – he cannot outfight or outmuscle his opponent. And this is a film in which Batman is severely physically punished – at times it’s painful to watch his body being battered and bloodied.

Perhaps the first time in Nolan’s trilogy, Batman and Bruce Wayne see their boundaries blurred. Often Batman is seen without his mask, the secret of his identity begin to slip and their fallibilities merge as one. Offering such a human touch to the superhero pays off in spades in the film’s climactic scene and is the key reason why Batman is a character worth rooting for: he is just a man.

Of course, The Dark Knight Rises is not just a drama – it’s a rip-snorting action adventure filled with Nolan’s trademark CGI-eschewing set-pieces, enormous battles and wry plot twists and surprises. Every single element of this film is superior to anything else the genre has ever produced. The world will wait with bated breath for the amazing Christopher Nolan to announce his next move.
Posted by The Author at 21:41