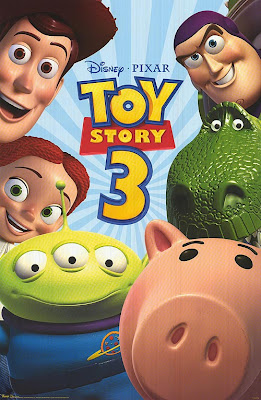 The first Toy Story movie, released all the way back in 1995, was a game changer. After a renaissance in classic pen and ink animation (think The Lion King, Aladdin, Beauty and the Beast), Pixar gave the world its first bona-fide computer-generated blockbuster. In doing so, they also created some of the decade’s most memorable characters: gangling cowboy Woody (voiced by Tom Hanks) and interstellar action hero Buzz Lightyear (Tim Allen).

The film was so successful that it rapidly became a franchise, spawning a sequel and giving rise to the behemoth that Pixar would become. And then, almost a generation since the original, along came the rapturously received threequel.

With Andy (Woody and Buzz’s owner) now seventeen and about to embark on college life, he clears out his old junk so his little sister can move into his vacated bedroom. Unable to part with his childhood toys, he takes Woody with him and decides to stash the rest of his erstwhile playmates in the attic – only for an entirely predictable misunderstanding to lead them to the Sunnyside Daycare centre.

Ruled with an iron grip by the extremely huggable Lotso (Ned Beatty), the centre seems an ideal destination for a bunch of unwanted toys desperate to be played with. But it transpires that the Sunnyside clientele are a bunch of violent, sticky fingered urchins intent on destroying and defacing every toy they ever play with. Lotso, of course, is complicit in this. His gang of creepy accomplices run the daycare centre like a gulag, bullying and imprisoning the likes of Mr Potato Head and Slinky against their will. And so the stage is set for a daring rescue, some acrobatic high-flying set-pieces, and a desperately sad back-story which explains Lotso’s embittered mind-set.

It goes without saying that the animation is first rate, the voice cast superb and the music wonderful – this is a Toy Story movie after all. But this third instalment has something extra – a genuine sense of danger. Not only are Lotso’s motley crew genuinely horrible, but the film’s climactic scenes place the ensemble in real peril. It’s dark stuff, but reflects the increased maturity of an audience who’ve grown up with these characters – an affinity which is milked for all it’s worth in the mawkish and sentimental closing scenes.