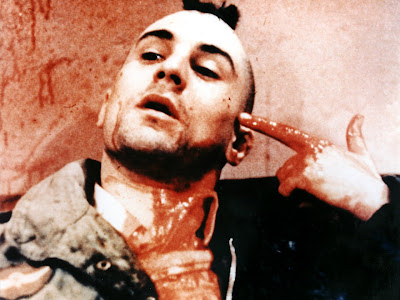 Watching Robert De Niro parodying his own performances in turkeys like Meet The Fockers, it’s easy to forget that, for a time, he was the greatest actor in the planet – and key to this success was his relationship with director Martin Scorsese.

Outside of his Oscar-winning turn in The Godfather II, De Niro’s greatest performances all came under the stewardship of Scorsese: Jimmy Conway, Rupert Pupkin, Jake La Motta and, most recognisably, Travis Bickle.

Whether you’ve seen Taxi Driver or not, you will be more than familiar with Bickle’s iconic dirty mac and mohawk combo. And you will certainly have heard his familiar ‘you talking to me’ speech – either delivered by De Niro himself or by one of the countless imitators and plagiarists who have paid tribute in the 36 years since the film’s release.

I have to be honest and make a confession here: I was one of those people who recognised Bickle and could perform his famous speech without ever having seen the film. I only watched Taxi Driver for the first time a few months ago. And if I’m being honest, I didn’t enjoy it all that much.

De Niro’s Bickle is a lonely, isolated ex-Marine. Disenchanted and disenfranchised, he belongs nowhere and to nobody. Taking a job as a cab driver, he drives around New York by night, scratching a living before returning to his lonely apartment.

He rapidly descends into a violent haze, building up both his body and his armoury of guns, becoming involved with a twelve year old prostitute (a star-making turn from Jodie Foster) and her low-life pimp (Harvey Keitel) and then erupting in a horrifically visceral bloodbath.

Despite its cult status, terrific soundtrack and superb central performances, Taxi Driver is a very difficult film to like. Perhaps this is thanks to Bickle being a largely unsympathetic character, perhaps because his descent into sociopathy occurs too quickly to be believable.

The final scenes have been debated and analysed endlessly over the years: did they really happen or are they a hallucinatory figment of Bickle’s warped mind? I found it very difficult to care either way and was left feeling cold by the only De Niro/Scorsese collaboration I haven’t absolutely adored.